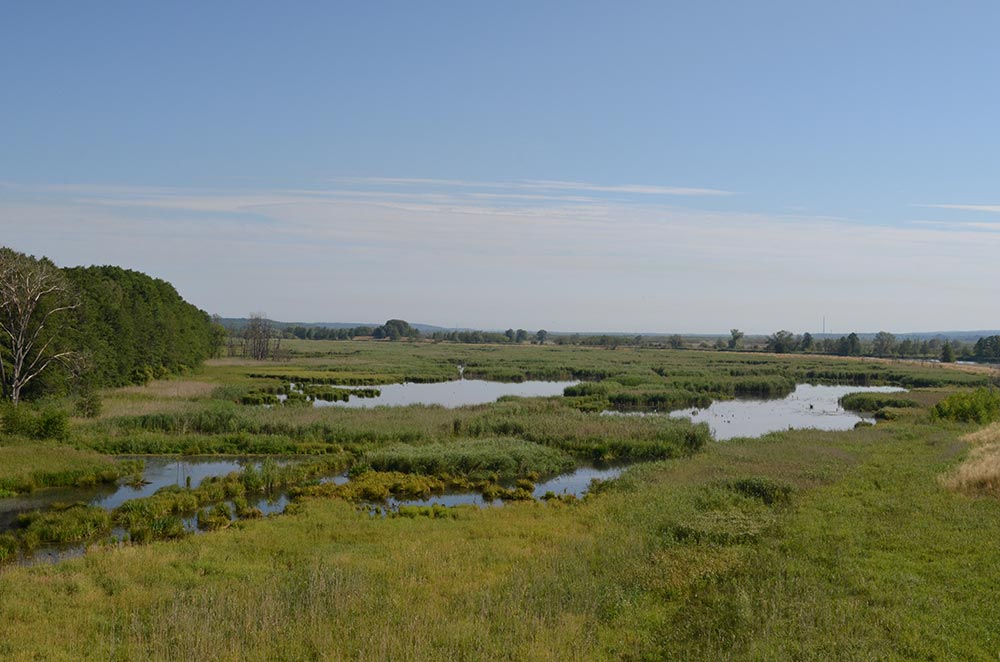 In addition to the reeds, a smaller part of the moors and marshes are occupied by sedges with predominantly grass-growing large sedge reeds (87 hectares). The following are listed here as endangered species (RL 3 BB): the Marsh Pea (Lathyrus palustris), Longleaf Speedwell (Pseudolysimachion longifolium) and Large Bittercress (Cardamine amara).

All moors and marshes in the National Park are protected biotopes according to § 30 of the Federal Nature Conservation Act (BNatSchG).